You are here: Home / About Kamra tal-Periti / Affiliations

The UIA is the body that groups together the architectural professionals of all the world. From its headquarters in Paris, besides organizing Conferences, competitions, congresses etc, it is constantly embarking on initiatives to promote a high standard of professionalism whilst also seeking new ways of involving Architects in the shaping of tomorrow’s world in whatever region, climate, or standard of living that is present in every area of the globe. Malta is a long standing member of UIA and of its Region 1 committee.

KTP is represented at the UIA by Perit David Pace.

Based in Brussels, its Members are the regulatory and professional representative bodies of all European Union (EU) Member States, Accession States, Switzerland and Norway. Through them, it represents the interests of over 450,000 Architects in Europe. The principal function of the ACE is to monitor relevant policy and legislative developments at EU level, seeking to influence those areas of EU Policy that have an impact on architectural practice and on policies affecting the overall quality and sustainability of the built environment. Malta has had its first elected member on the Executive Board following the Kamra’s nomination of Perit Vincent Cassar. Perit David Felice, past President of the Kamra, was a member of the Executive Board in 2006 and was the ACE delegate on the European Forum for Architectural Policies (EFAP).

KTP is represented on ACE by Perit David Felice. 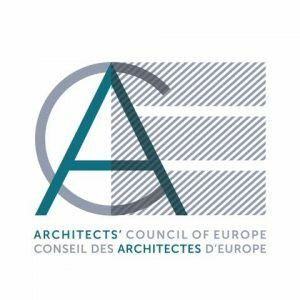 Founded in Rabat (Morocco) in 1994, UMAR draws together national organisations representative of architects from countries in and around the Mediterranean basin. It was their awareness of belonging to a common culture, a culture shaped over thousands of years into this birthplace of civilisations that is the Mediterranean basin, that prompted architects’ organisations to create UMAR. An instrument for exchanging views and information, the association thus encourages relationships of friendship, solidarity and confraternity between all architects. The registered office of the Union of Mediterranean Architects is in Malta. Perit Anthony Fenech Vella is Treasurer of UMAR, while Perit Matias Camilleri De Marco is the Kamra’s representative on UMAR.

KTP is a founder member.

CAA is a membership organisation for institutes representing architects in Commonwealth countries. Formed in 1965 to promote co-operation for ‘the advancement of architecture in the Commonwealth’ and particularly to share and increase architectural knowledge, it currently has 37 members. The Association is best known for its procedures for the validation of courses in architecture which convene multilateral visiting boards to schools to assess
courses against set criteria. This results in a list of qualifications recommended for recognition by members. Malta is a member of the Europe region. Perit Vince Cassar is Honorary Secretary, Treasurer and Immediate Past President of the CAA. Perit David Pace is Vice President Europe of the CAA.

KTP is a founder member.

ECCE was created in 1985 out of the common concern of the professional bodies for Civil Engineers in Europe that the Civil Engineers working together across Europe could offer much more to assist Europe advance its built Environment and protect the natural environment. ECCE aims to promote the highest technical and ethical standards, to provide a source of impartial advice, and promote co-operation with other pan-European organisations in the construction industry. ECCE also advises and influences individual governments and professional institutions, formulates standards and achieves a mutual compatibility of different regulations controlling the profession, and formulates standards for a European Code of Conduct of the Civil Engineering Profession and disciplinary procedures applicable throughout the Union. KTP has enjoyed an observer status since 2006 and has been granted membership in 2008.

KTP is represented on ECCE by Perit Dr Jeanette Abela.

The European Forum for Architectural Policies is an informal network, which brings together Government Administrations, the profession and the cultural institutions in all EU Member States and at European level. Its objective is to encourage exchanges of views and experiences on the promotion of architectural policies designed to enhance building urban and landscape quality, and more generally the quality of the living environment, at both national and European level. Malta has observer status within this organisation.

The main role of the MFPA has been established with the following aims and objectives which are still valid today:

KTP is represented on the MFPA Council by Perit Amber Wismayer and Professor Alex Torpiano. 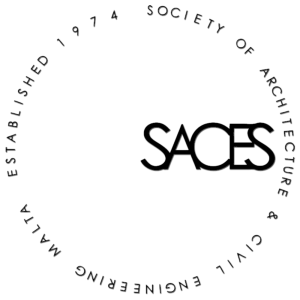